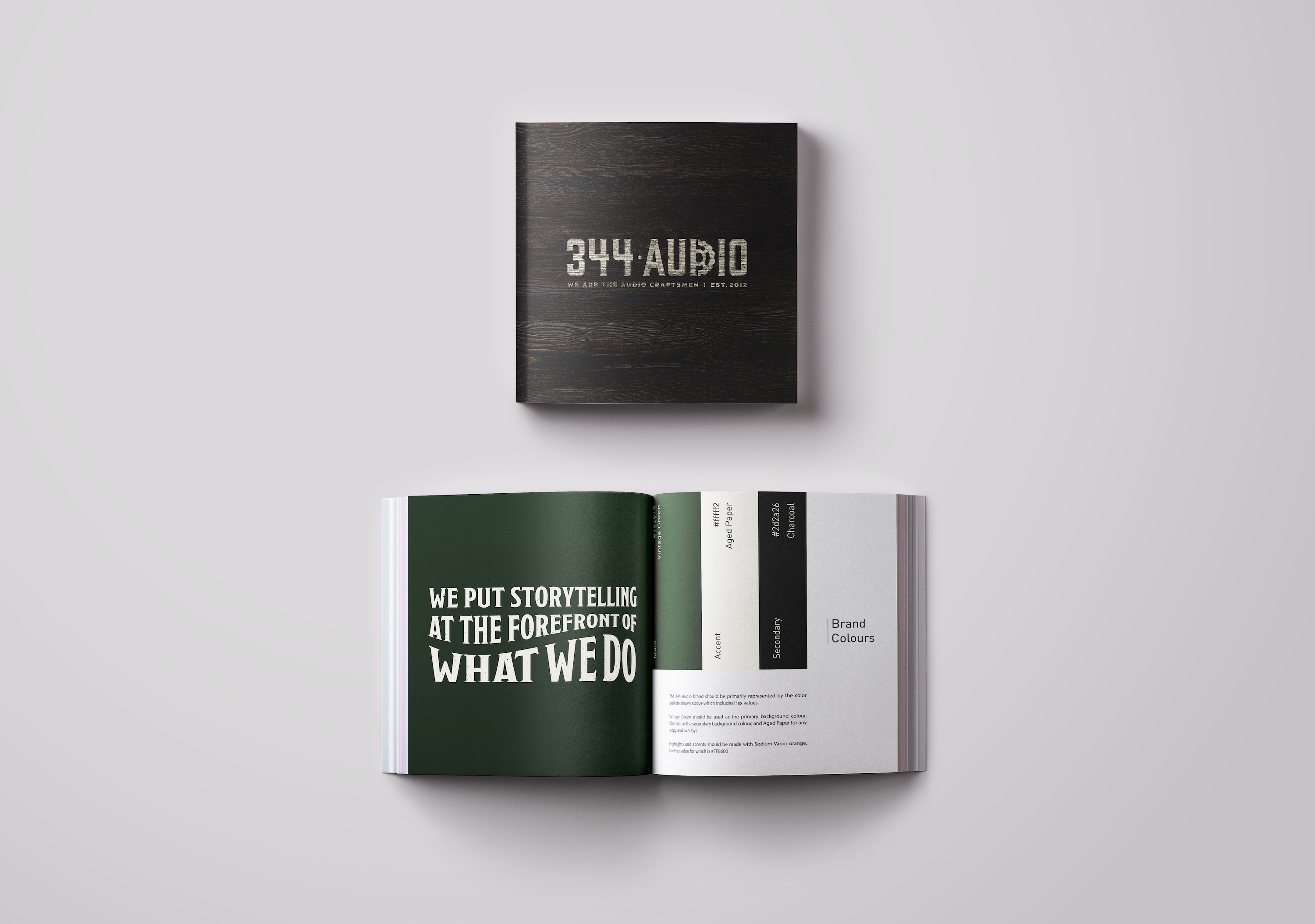 344 Audio are long-time collaborators of ours who have helped elevate the commercial work we deliver to clients, so when they approached us to design and strategise their rebrand we jumped at the opportunity.

We were tasked with creating an entirely new and updated identity for the business; one that represented their authority and strong heritage whilst also being human and aspirational.

The key to any successful creative endeavour is knowing how it will generate a return for your client, and the way to do that is to really understand their business inside and out.

Given our long and collaborative history with 344 Audio, we were in the the unique position of understanding their business better than any other agency could. We still navigated the project in our usual way by starting with a discovery session to get to the heart of the project, but there is no doubt we had an extra edge that allowed us to dive in quicker.

"Branding is the process of connecting good strategy with good creativity." - Marty Neumeier

After our discovery session we put together a treatment which outlined the scope of work, the deliverables required, the ethos of the brand, references and inspiration, and how we planned to tackle the designs in a way that would do the company justice.

Essentially, the point here was to translate a list of adjectives and emotions given to us by the client into clear instructions for our design team. All of these decisions had to take into account the marketing aspects of the rebrand in order to appeal to 344 Audio's client base. It was very important for us to connect with their existing demographic whilst also attracting a new audience in-line with their new company image. Creating a comprehensive list was really helpful for both our team and the client to stay on the same page with the direction of the rebrand.

Some of the terms the client gave us for how they wanted the new designs to look and feel were:

In addition, 344 Audio already had a rather "boutique" aesthetic to their office and studio spaces.  They are adorned with a wide range of ornate antiques and aged textures such as wood, brass, and cast iron. This was important for us to bear in mind with our design work so that every touch point of the business felt familiar for customers, so we pinned images of 344's studio on our office wall throughout the duration of the rebrand process.

As you can see, green was already a prominent part of the company's aesthetic which is something we wanted to play into. We created an "antique green" that we thought highlighted their establishment and heritage perfectly. Then, taking this idea one step further, we combined this with an off-white which we called "aged paper" to contrast and compliment. And finally a "charcoal grey" to add a sense of authority, and to honour their inspiration from the Industrial Revolution.

Keeping this Industrial Revolution theme in mind, we took extreme care when choosing and working on the font for the new logotype. 344 Audio previously used Bebas Neue as their main font, and whilst this is a safe and bold font we felt that it no longer served the right purpose. It was too reminiscent of the YouTube vlog scene and lacked the character needed to capture that antique aesthetic we were after.

Instead, we opted for a font that looked like a series of lead pipes which we would later texture with cast iron. We customised the lettering to give a uniquely crafted feel just like the hand-crafted ornaments in 344's office and the craftsmanship they put into their sound design work - hence the new company tagline "We Are The Audio Craftsmen".

This is perhaps a contentious part of rebranding. Some say you should honour existing parts of an established brand, others will say you need to go in a completely different direction. In this case, it was important that we took the design in a different direction whilst honouring one key element of the previous branding, and that was the cog design.

Cogs have been an integral part of 344 Audio since its inception and have become an identifying factor of the company's image. Therefore, we wanted to keep them in our designs. This seemed tricky at first, but with some discussion and exploration amongst the design team here at Ventur, we managed to come up with something unique.

“Your brand is a story unfolding across all customer touch points.” - Jonah Sachs

Once we decided on the logotype and colour scheme we moved onto the other assets, ensuring a consistent experience and feeling across the entire brand. The client had expressed the importance of creating a strong logomark that would make them instantly recognisable without the need for the full "344 Audio" text, so we explored the cog symbolism further and came up with the ideas below.

As you can see, we created several different deliverables here so we could A/B test all the different assets together to see which combination would work best.

Next up came social media banners and highlight icons. The banners featured the logotype in an alternative layout as well as a new piece of design which we like to call "the swirly text typography". Is that the professional terminology? Almost definitely not... but we all knew what was being referred to so it worked for us! Of course, we maintained the same font, texture, and colour scheme across the board here.

All that was left to do from here was the stationery designs for all the day-to-day uses. This included letterheads, business cards, and email signatures which all followed along the same structure. With these designs, we had discussions with the client about exactly which pieces of information needed to be included to properly display the brand whilst also driving enquiries and online traffic.

The best example of this is which social media icons made their way onto the business cards and email signatures, if any. 344 Audio have a presence on many different platforms but we didn't want to overwhelm clients and prospects with too much imagery and information. So together we analysed 344's best-performing platforms right now, as well as platforms they were looking to grow as part of their marketing strategy going forward, and decided to include Facebook, Instagram, Twitter, and LinkedIn in that order.

These icons only made their way onto the email signatures however and not the business cards due to their ability to be hyperlinked and easily clickable within an email. We decided against any social media plugs on business cards for this same reason; they're not immediately accessible and require the individual to manually search up @344audio online, and we wanted to reduce any friction points for our client's potential customers.

Instead of social icons, we opted to add the client's office address in the same "swirly text" design as above. There was some initial deliberation as to whether this was the best strategy, but we discovered that having the address displayed in the new brand style actually did more in terms of "selling" to new prospects as social icons ever could. It added this idea of a strong and established brand with heritage - one that takes pride in their studio space and the work that they do.

The Cherry On Top

We made a couple of additional assets that were quite unique in comparison to the rest of the branding work, and these were the company desktop backgrounds. We wanted clients of 344 Audio to walk into their studio and immediately be transported into this Industrial Revolution-inspired world that is already so prevalent.

We already used cast iron for the main logotype, so we explored a different texture in "aged wood" for these designs which compliment the burnt wood desks and other props already in the studio space.

And possibly the coolest part of this entire process... the team at 344 have used the brand colours we chose for them to create custom paint and are currently repainting their offices in those colours. We can't wait for it to be finished. Take a look!

“A brand is a story that is always being told.” - Scott Bedbury

That wraps up our case study on our rebrand for 344 Audio. Whether you're a designer yourself or you're part of an in-house marketing team, we hope you've found our process insightful.

As a little bonus for making it to the end, we're providing a free PDF download containing the Brand Presentation we submitted to the client. It contains most of the assets we made throughout the process and it shows the final brand design in its totality.

Following our successful rebrand of 344 Audio, we will soon be moving on to some video content and a website redesign for them too so watch this space and we'll keep you updated. In the meantime, check out their perspective of the rebrand process, and show them some love on the new designs! 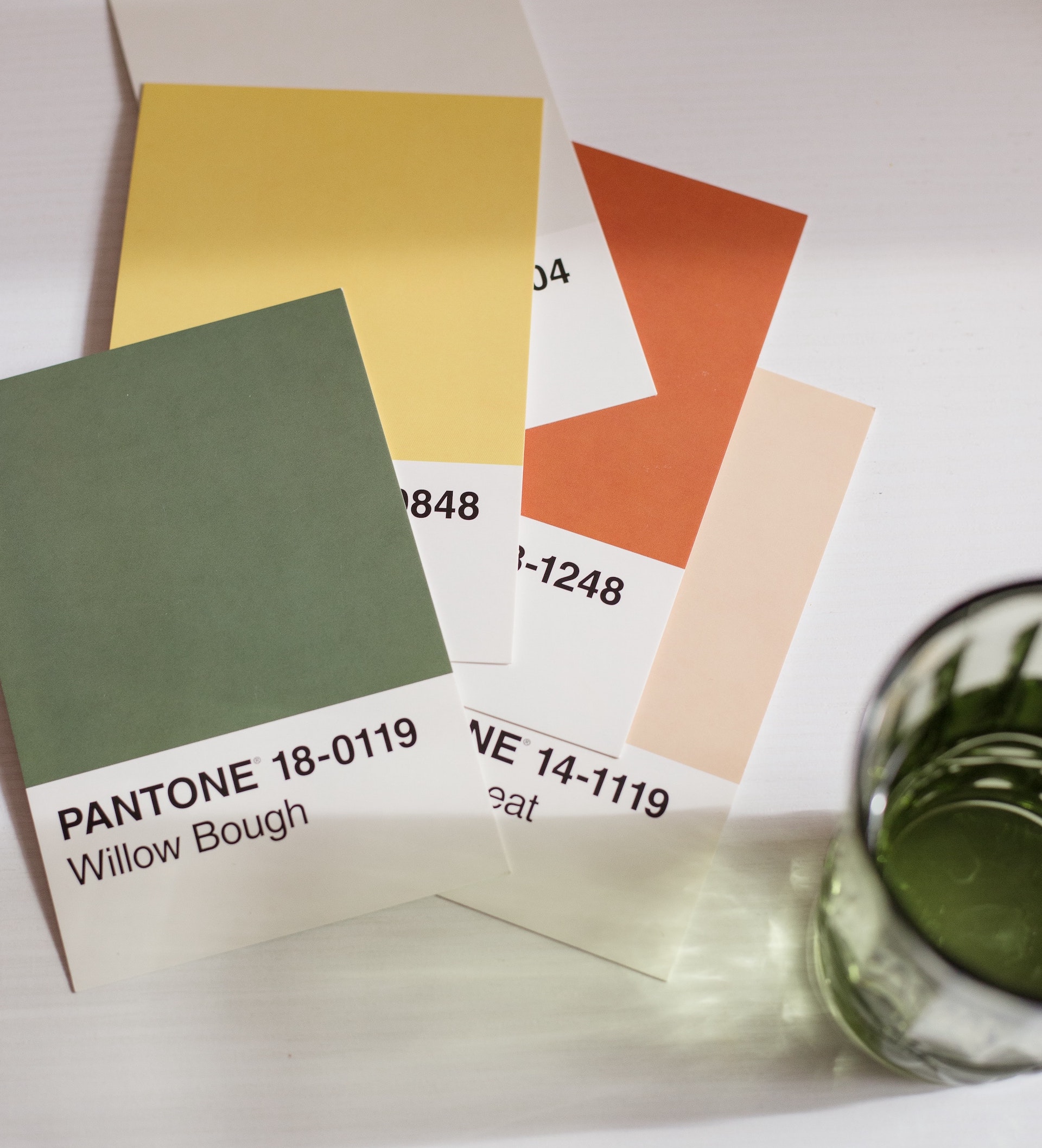 Is It Time For A Rebrand? Things You Need To Know Before You Make a Decision. 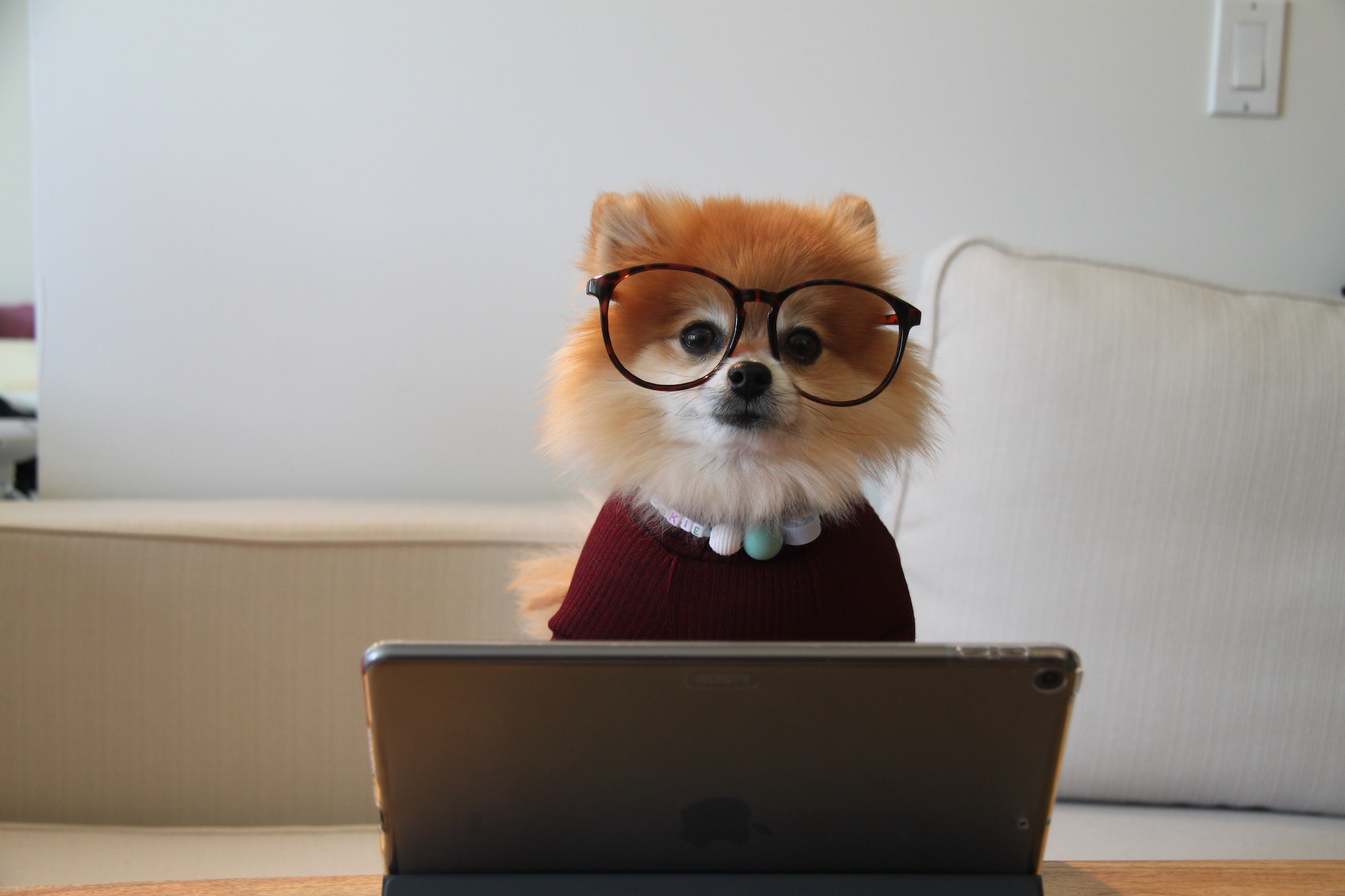 Lead Generation Not Working? Here’s Why… 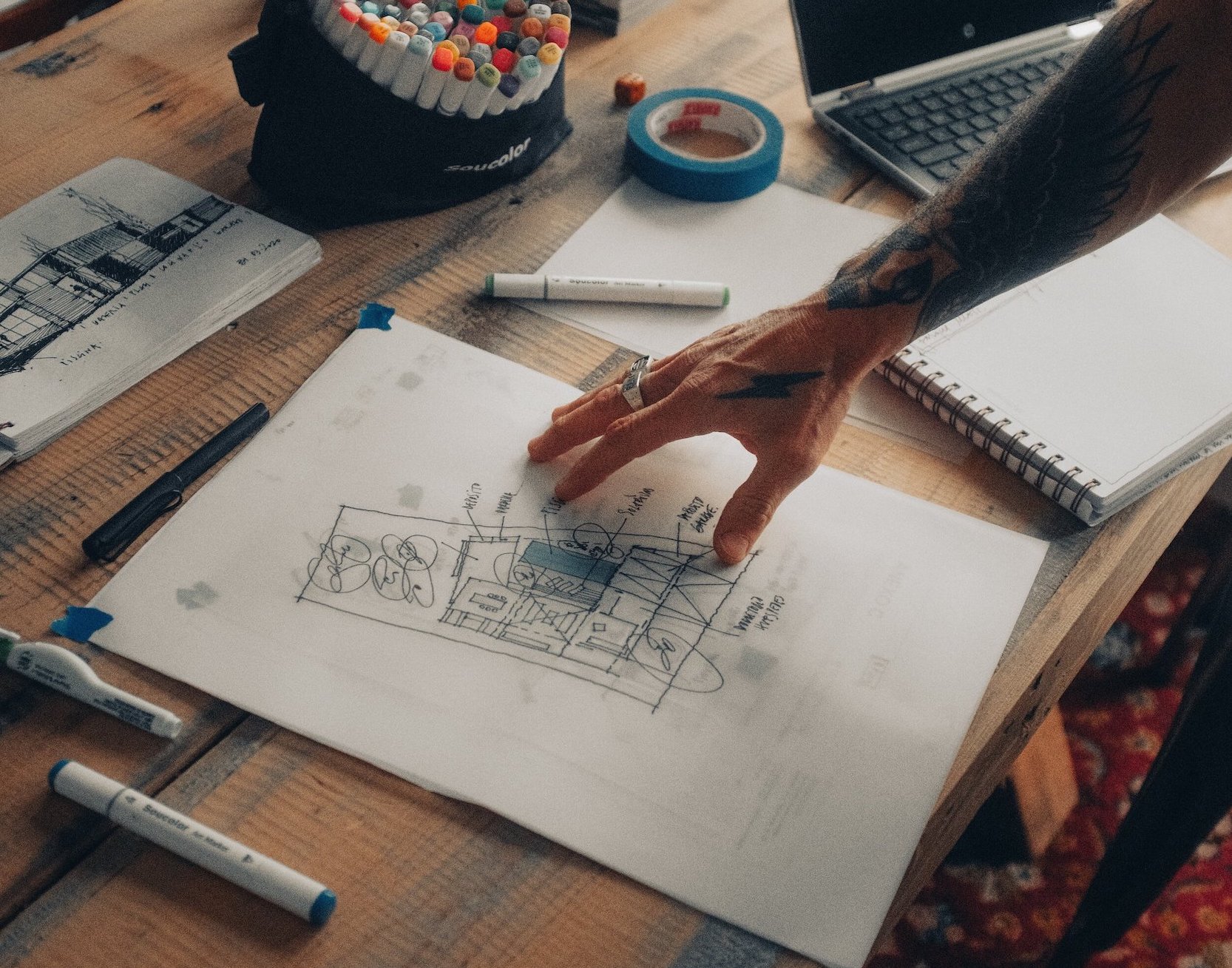 3 Strategic Ways To Find GAPS In The Market